El Segundo sits just to the south of LAX. The city is pretty evenly split by Sepulveda Blvd to create a dense residential area to the west and a dense business district to the east. Along the west edge of the city runs Vista Del Mar, a stunning drive that sits high above Dockweiler Beach to the west and the Hyperion Water Treatment Plan to the east.

El Segundo enjoys lots of taxi and ridesharing traffic as it hosts many travelers in the many hotels catering to the adjacent airport. The 105 Freeway also completes its journey from the heart of Los Angeles to end in El Segundo.

Below are some maps displaying the prevalence and locations of motor vehicle accidents in El Segundo. If you or a loved one has been injured in a car accident, don’t go it alone. At The Ryan Law Group, our El Segundo car accident lawyers have a track record of recovering the compensation their wrongfully injured clients deserve. Call (310) 321-4800 today to schedule a free consultation. 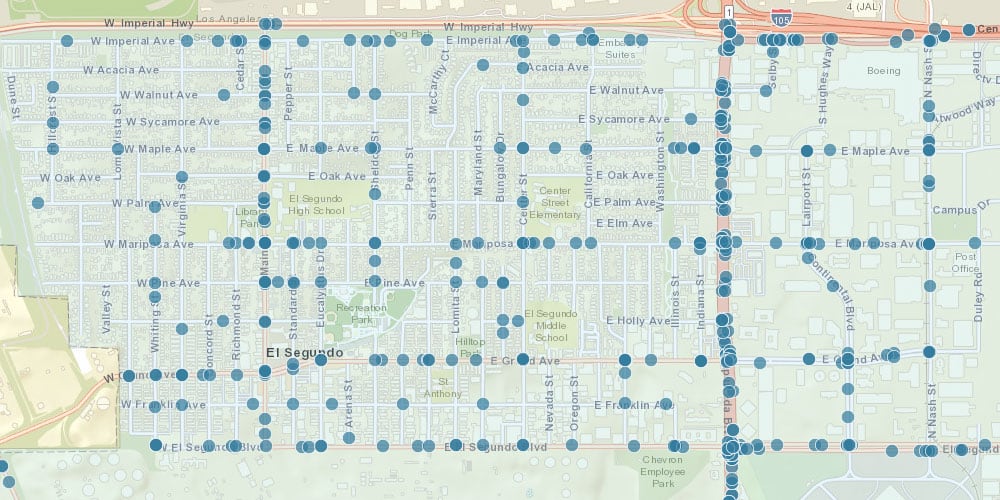 The top 10 most dangerous intersections in El Segundo are:

Motorcycles are particularly at risk for dangerous accidents on the road. In El Segundo, the most dangerous road for motorcyclists was Sepulveda Blvd. 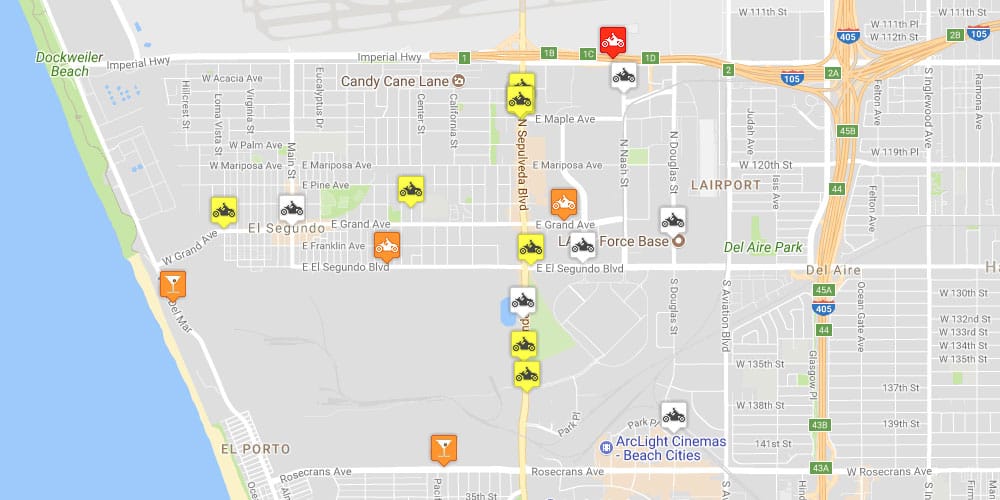 The most dangerous auto accidents are often those that involve the striking of a pedestrian or bicycle. In El Segundo from 2007 – 2016 there were 166 of these types of accidents with 2 fatalities. The most dangerous intersection for both pedestrians and cyclists was Mariposa Ave and Sepulveda Blvd with Mariposa Ave and Main St taking a close second. 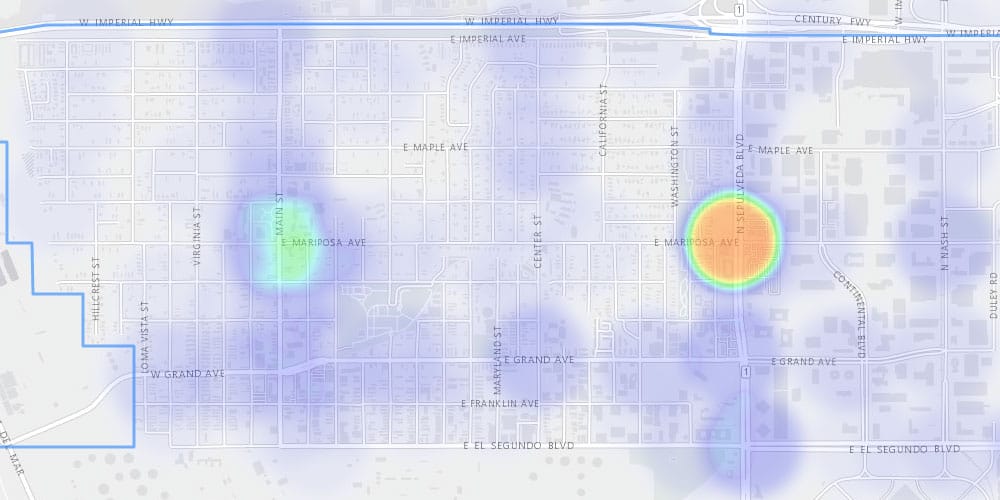 If you have been injured in a car accident, contact our Los Angeles personal injury lawyers at The Ryan Law Group. Here are some examples of Southern California car accident cases that resulted in substantial compensation for the plaintiffs:

The plaintiff was driving their car when they were hit by the defendant’s vehicle. The plaintiff was then ejected from the vehicle and suffered a long list of injuries that causes over a million dollars in medical bills. The jury found in favor of the plaintiff for negligence in causing the accident and subsequent future medical bills and loss of income.

The plaintiff sustained injuries that included brain damage when a car was propelled from the oncoming lane by an accident caused by the defendant. The plaintiff put blame on both the driver of the car that caused the accident and the city for constructing a stretch of road with a dangerous blind spot. The jury found in favor of the plaintiff.

Find Out What Your Case Is Worth