In the United States there are over 250,000 people affected by a spinal cord injury. Roughly half these injuries result in paraplegia and half in quadriplegia. Spinal cord injuries are graded on the ASIA/ISCoS Exam Scale, ranging from E (never function has returned) to A (no motor or sensory function below the injury location). 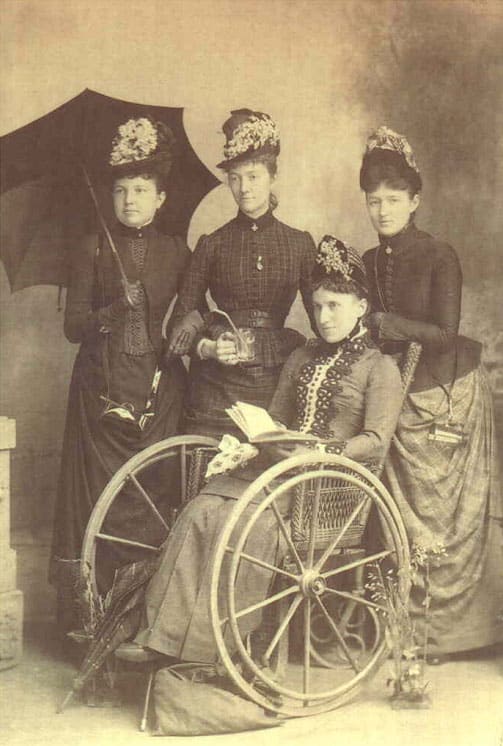 Before the 1900s a spinal cord injury was categorized as “an ailment not to be treated” and physicians would let their patients die assuming there was nothing they could do for them. Towards the end of the 19th century the idea of finding a cure was established but most attempts went the way of experimental surgery that often did more damage than good and none resulted in any lasting techniques.

However, advancements in medicine in general around this time, such as sterilization and antibiotics, started to have a direct impact on the life expectancy of spinal cord injury patients as it was often the infection that came soon after the injury that caused death.

Throughout the early 20th century patient care advanced and a handful of organizations starting focused specifically on spinal cord injuries. Also through advancements in technology like the x-ray doctors were now able to get a more complete picture of the various bodily functions that were affected by different injuries.

During this time much of the focus and success was in increasing the lifespan and creating physical stability in patients.

Rehabilitation and even recovery has been a somewhat recent idea that has quickly gained a lot of traction.

In 2014 the world became very aware of the advancements that were coming to the paraplegic community when a man wearing a robotic exoskeleton performed the symbolic kick off to start the World Cup.

The idea behind an exoskeleton is a mechanical device that wraps around the wearers inactive body parts. Through some user stimulus the machine moves the body in the way the user requests.

There are a few main characteristics for exoskeletons and different teams around the world are building them to achieve goals for each area.

Most exoskeletons are controlled using movements from a body part the wearer can control. There are also some that attach probes to the head and rely on brainwaves for control.

However, there is some early research, thus far very risky, for connecting controls directly to the brain.

The brain has already been well mapped and tests have shown specific stimulus can cause body movement.  Once this technology and procedures are fully realized an exoskeleton wearer might be able to precisely control the suit using their own thoughts.

The exoskeletons are currently not very mobile. But as the controls become more precise and new materials are created that allow the machine to be lighter a more accurate and fuller range of motion can be expected.

Many exoskeletons are focused not in replacing the lost movement from someone with a spinal cord injury but actively assisting in the recovery. These versions of the exoskeleton aim to train the users body to regain movement through repetition.

As we learn more about how the spinal cord processes the commands from the brain we will get a better idea of how to program these exoskeletons to retrain the brain and spinal cord to restore motion.

Many of the recent discoveries for spinal cord injuries focus on the relationship between the brain, the spinal cord, and how movement is controlled. The latest research shows that the brain initiates the command to move a limb, but the majority of the specifics and unconscious efforts are performed by the nerves in the spinal cord.

On this front technology and new discoveries are moving towards an idea of taking the information sent from the brain and amplifying or translating it for the damaged areas of the spinal cord.

For a spinal implant the end goal of this technology would be to completely repair the broken message going from the brain to the body parts looking to function. Whether that is an internal organ or an appendage the hope would be that this implant, surgically implanted onto the spine, would restore function by fixing the broken connections from the brain.

As mentioned in talking about exoskeletons there is research currently being done to connect hardware directly to the brain. As we learn more about how the brain works this hardware will be able to specifically understand the thoughts and intentions of the person and translate that to areas of the body unable to receive those messages in the traditional manner.

Neural prostheses are basically devices that can be implanted on a person to replace a specific neural stimulation that has been lost. An example might be to restore neural information needed for an internal organ to operate normally. In the future these could be used for all damaged organs and missing neural pathways to restore all function. 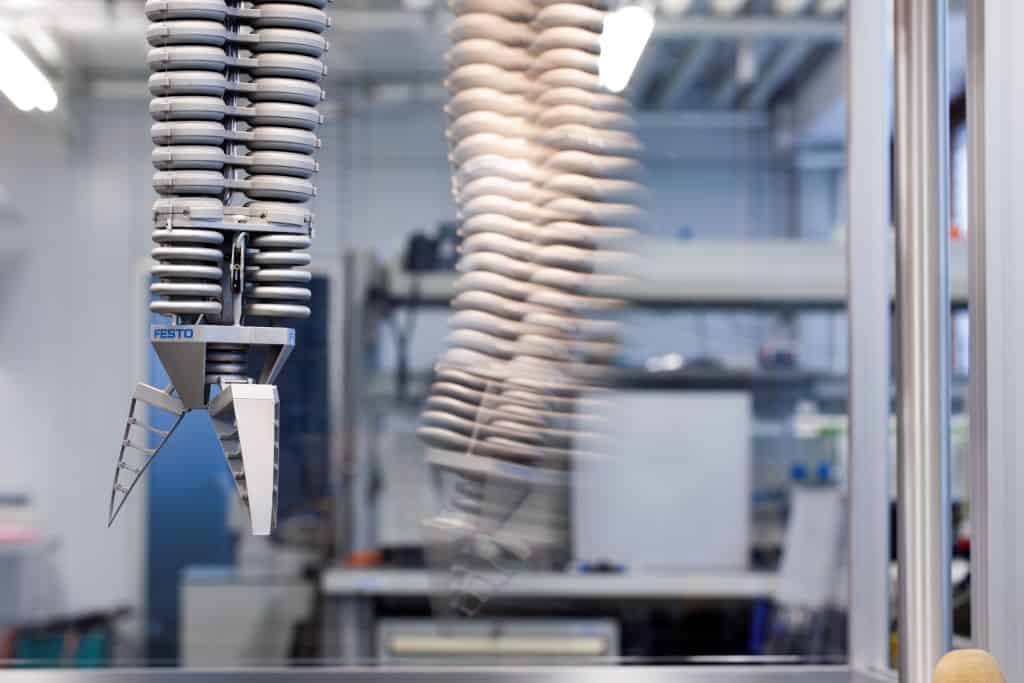 Much of the technology discussed so far has been in restoring lost abilities in patients suffering from paraplegia or quadriplegia. But there is also a large effort to create robots that could be controlled by a person to complete tasks they cannot do themselves.

These robots would basically be surrogates for the user.

The current technology that falls in the category would be ‘sip and puff’ machines, eye tracking and head tracking. Current technologies are very slow and tedious, but as more and more users help influence the engineers building these machines and as robotics in general advances these machines can become much more interesting.

The primary use of manipulators as the moment is in helping with communication. Think about how your smart phone is already trying to predict what you are saying before you say it. Imagine in the future when a computer can quickly and accurately learn about a user so instead of the user typing letter by letter they could quickly access whole thoughts. 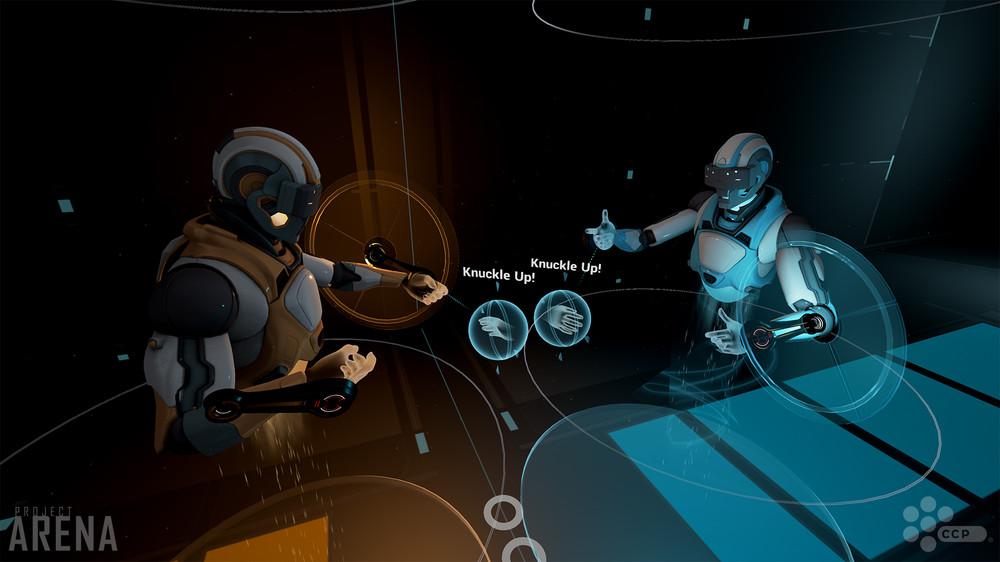 Much of the advancements in treating spinal cord injuries 50 years ago came in regards to patient care and quality of life.

Beyond the pursuit of restoring lost physical abilities there is also a big push to see what is possible for victims of spinal cord injuries and virtual reality.

There is a long tradition in gaming to include the disabled community in creating controllers and ways to make video games accessible. With virtual reality finally taking hold in a mainstream way there is a big movement to allow disabled people to participate socially and through games in the virtual world.

With many spinal cord injuries being caused by sports related accidents the dream of injured athletes could soon be realized as they participate in virtual sports. 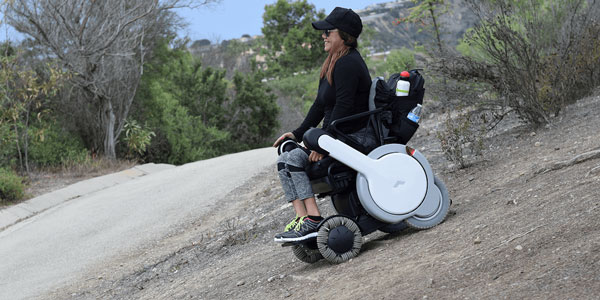 Much of the technology world is focused on the race for autonomous cars and trucks. We’ll soon be living in a world where our long-haul trucks have empty cabs and Uber takes us to and from work with no driver involved.

The makers of wheelchairs and motorized mobility vehicles are also on this same path.

The future looks bright for those relying on a wheelchair to get around as autonomous navigation also seems just around the corner.

Virtual reality will also play a part in given newly injured people a way to train themselves to use modern wheelchairs before actually hitting the road.

Also on the horizon for wheelchair technology is advancements in traversing difficult terrain. Wheelchairs are often limited to traveling on streets and pavement that have been specifically designed for them in mind. Imagine in the future all terrain wheelchairs will be able to climb stairs, get up curbs, and head out on the beach.